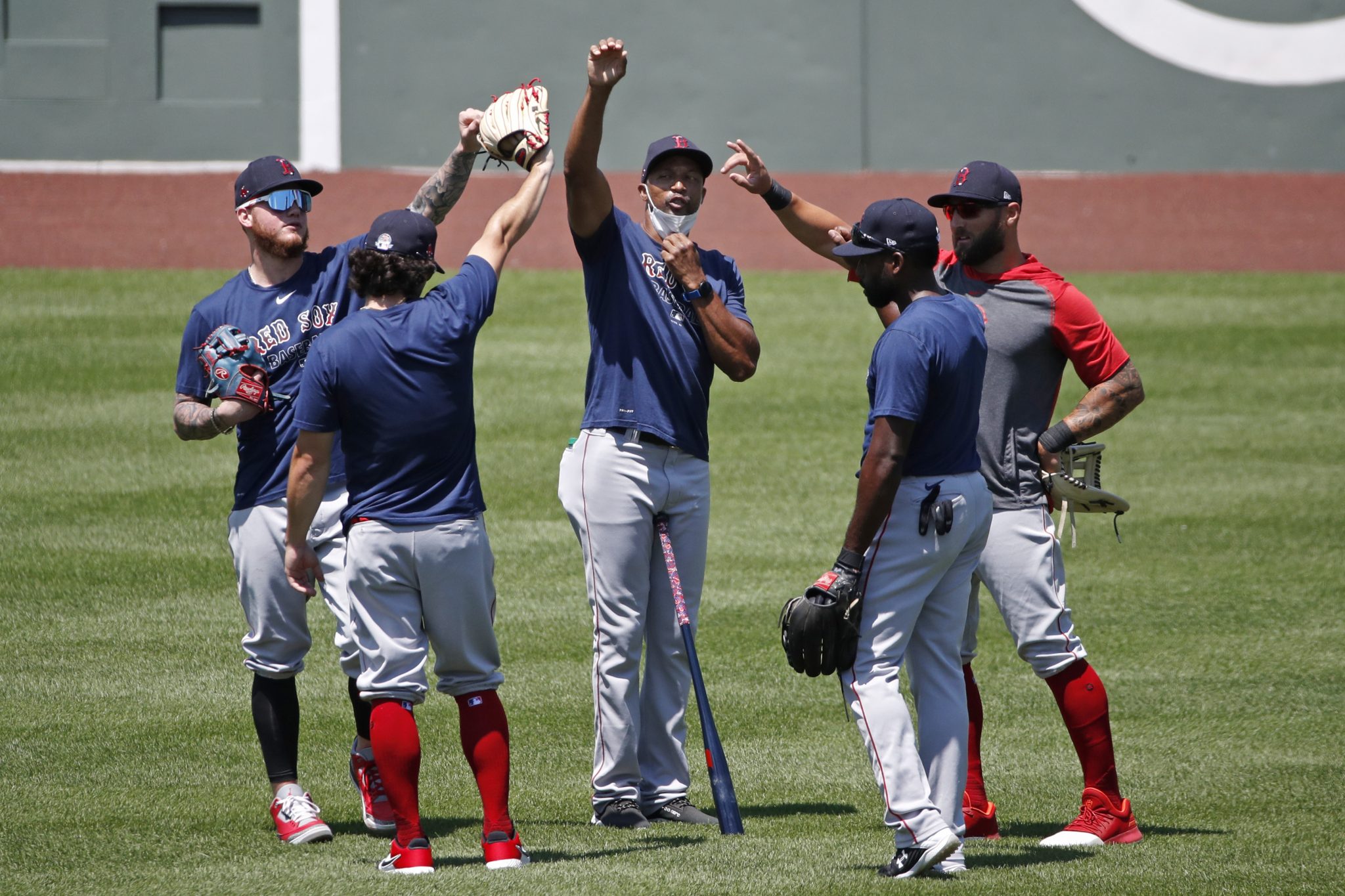 In what seems like an eternity, one of the four major sports in the United States is finally in sight of entertaining a starved public. On Thursday, July 23, MLB will be the first to break coronavirus ranks, as the Nationals, Yankees, Dodgers, and Giants start the 60-game season.

The Sox projected rotation is without Chris Sale for the season, and Eduardo Rodriguez (recovering from COVID). Gone also are 2016 Cy Young Award winner Rick Porcello (Mets) and David Price (Dodgers/Opting out of season). Those four averaged 49 wins/3.91 ERA/1.20 WHIP from 2017-19.

Martin Perez and Nathan Eovaldi head up the rotation, while competition for the final three spots includes Brian Johnson, Ryan Weber, Zack Godley, and Matt Hall. Brian Workman had a spectacular season in 2019 but is the one standout in bullpen capable of implosion.

In a shortened season, facing potent offensive lineups (Yankees, Blue Jays, Rays, Braves, Mets, and Phillies) isn’t the best scenario for this staff. While Boston could average six runs per game, they might allow seven.

The National League West features the Dodgers and everyone else. While the Padres could challenge if their minor league talent advances, everyone else falls in the same mixture of mediocrity.

San Francisco lacks the offensive firepower and the backend bullpen to contend, but 26 wins should be attainable. The Giants play ten games against the Padres, Diamondbacks, and Rockies in their division. In the AL West, they face Oakland (six times) Anaheim and Seattle (four each), Texas, and Houston (three each).

The Cubs still feature a potent lineup along with consistent rotation arms. If Craig Kimbrel can stabilize the bullpen, Chicago could be a sleeper.

While the Athletics always seem to find a way to lose when they qualify for the postseason (1-12 in their last 13 postseason series/Wild Card games, including nine straight losses in winner-take-all games), remember Washington had a worse postseason history before winning last season.

Oakland’s offense features the same lineup, which finished 8th in runs in 2019, without much production from Khris Davis. Sean Manaea (4-0, 0.77 WHIP in five starts) and Frankie Montas (9-2, 1.12 WHIP) are healthy and back from suspension. While their bullpen lost Blake Treinen, many candidates can blossom to take his place (Liam Hendriks, Lou Trivino).

Already having proved his ability to play under pressure by replacing Derek Jeter, Didi receives another chance to show how mistaken others are for underestimating him.

While he struggled last season returning from injury, Didi averaged 24 home runs and 81 RBI from 2016-18. Playing in Citizens Bank Park should provide ample opportunity to become the Phillies’ first shortstop to win MVP since Jimmy Rollins (2007).

As you can tell, I’m placing a high relevance on relievers this season. Hendricks numbers last season were lights out. In his last 25 appearances, Hendricks posted a 0.71 WHIP and 15.9 K per 9, while going 16-19 in save opportunities. While I’m not too fond of relievers posting consecutive seasons of dynamite numbers, the 60-game format makes that questionable.

Later this week, I’ll provide additional individual best bets, along with why 1981 was so memorable.