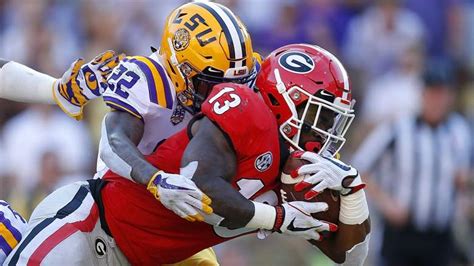 The SEC College Football season finally is among us. Due to COVID-19, the conference added two additional cross-divisional matchups to reach their 10-game SEC only schedule.

Since Nick Saban’s return to the SEC in 2007, no conference’s resume is as impressive as the SEC, producing nine National Championships. While the West owns eight of those nine, which division holds the advantage in regular season play?

When Texas A&M and Missouri joined the conference in 2012, the SEC reduced cross-divisional matchups from three to two. Each division member faces their “common rival” every year, while the remaining opponent rotates. The only changes to that formula were Texas A&M, and Missouri switched from playing each other to South Carolina and Arkansas in 2014.

Since 2012 the West owns the upper hand, winning 72 of the 110 (.625) regular-season matchups. The West dominance also applies to the SEC Championship, winning seven of eight over that same period. Georgia’s victory over Auburn in 2017 represents the only SEC Championship for the East.

Here are some cross-divisional matchups to watch on Saturday (all times are EST).

Ole Miss: Lane Kiffin’s return to SEC as head coach in his first year with Rebels (Kiffin was 7-6 with Tennessee in 2009).