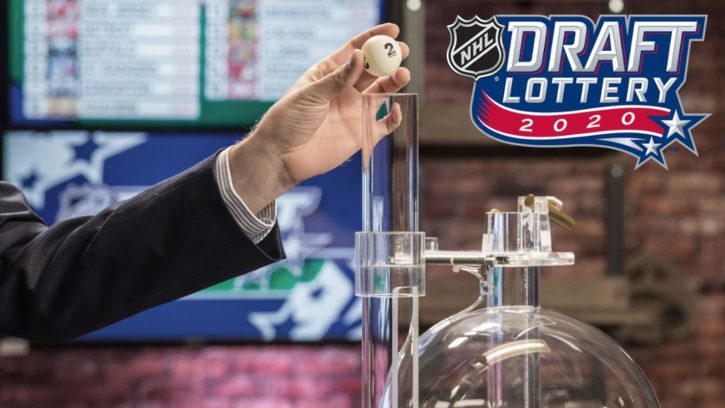 For the first time, there will be a part 2 to the NHL Draft Lottery. So, at of all the eliminated teams from the qualifier will have a chance at the first overall pick in the 2020 NHL Draft. Confused? You’re probably not alone. So now let’s get everyone caught up with all you need to know about the second phase of the lottery and who deserves the first overall pick.

Just like everything else this year, the path to first overall is unorthodox. The NHL had a Phase 1 lottery in June that could have determined the top three picks if only non-playoff teams were drawn, but since a “Placeholder” team won that initial lottery, we now have to do a second one.

With all the qualifiers being finished we now know who the eight teams are who have an equal 12.7% chance at the first overall selection.

Next would be the Edmonton Oilers, this team has the best player in the sport with a solid supporting cast, including a Hart Trophy finalist. They are not building for the future. They are looking to build a cup contender.

The team most people are afraid of who will get the first overall pick is the Pittsburgh Penguins. This team is only three years removed from back to back Stanley Cups. The league could use a first overall pick as a guaranteed face of the franchise after Crosby and Malkin retire in a few years. But for them to be gifted this pick so close to their last two cups is something no one wants to see unless you cheer for the team.

Now for the teams who could use a first overall pick, starting with the Winnipeg jets. This team could be the best-looking Canadian team to win a cup for hockey motherland. They have a young core who is ready to make noise the biggest thing they need is coaching. But adding another franchise winger to their roster would not hurt them.

The New York Rangers disappointed everyone when they got swept by the Carolina Hurricanes in the qualifier. But now they have a chance to add what could be their last piece for future deep playoff runs. As with a star second-line winger with last year’s second overall pick Kappo Kakko the team will be great for the future.

The next three teams could benefit immensely from getting a new franchise face starting with the Nashville Predators, as they were crushed by the Arizona Coyotes and they have been on the downturn since losing in the cup final in 2017. They need a new face of the franchise and getting a first overall pick will set the franchise up for the future.

Next up will be the Minnesota Wild a team that has no direction, and since their creation in 2000 have been the punching bag of the NHL. With a first overall pick and a generational talent, they could build around may finally change the league’s perspective on them.

Finally, the team that could use the first overall pick the most is the Florida Panthers. They have all the same problems as Minnesota. But with the firing of their GM they are at least in the right direction with changing the franchise and looking to the future and a nice jumpstart for them would be getting the first overall pick in this crazy draft lottery.