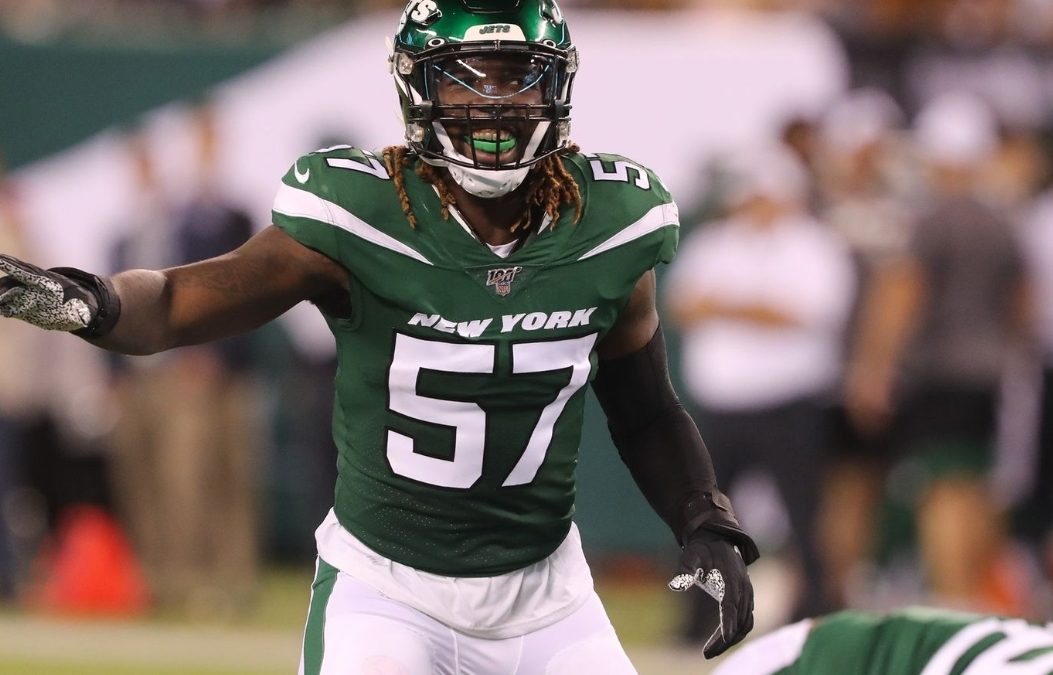 Becton to the Jets

The New York Jets currently hold the eleventh pick in the upcoming 2020 NFL Draft. Many believe that they’ll either draft a Wide receiver or an Offensive tackle. Fortunately for the Jets both positions seem to have extraordinary depth
The Jets have the eleventh pick because of a 6-2 stretch in their last eight games. This burst saw the Jets record improve from 1-7 at week nine to 7-9 by season’s end. Winning six out of their last eight saw Jets slide back in the draft order to pick number eleven. This angered some fans because the Jets won games at the end of the season that would not help them get to the playoffs and have a later draft pick. Other fans including myself saw the 6-2 stretch as a beacon of light. For the last eight games of the year, the Adam Gase offense clicked, with Sam Darnold and Le’veon Bell in the spotlight. The Jets winning those six games may have pushed their draft position back but, it did show Jet fans everywhere that this is a team capable of winning football games.
While the six wins in the last eight weeks of the season were inspiring for the season to come, they didn’t get the Jets a playoff spot. A way to get a playoff spot is to improve the team, both through Free Agency and the Draft. Two-position groups that the Jets need to address to improve the team are the Wide receiver and Offensive tackle positions.
The draft is loaded with Receivers and Tackles. Players like Jerry Jeudy, CeeDee Lamb, and henry Ruggs III headline the Receiver class. While Andrew Thomas, Jedrick Wills Jr, and Mekhi Becton headline the Tackle class. In my opinion, Mekhi Becton the 6’7”, 370 pounder Out of Louisville is the most intriguing. 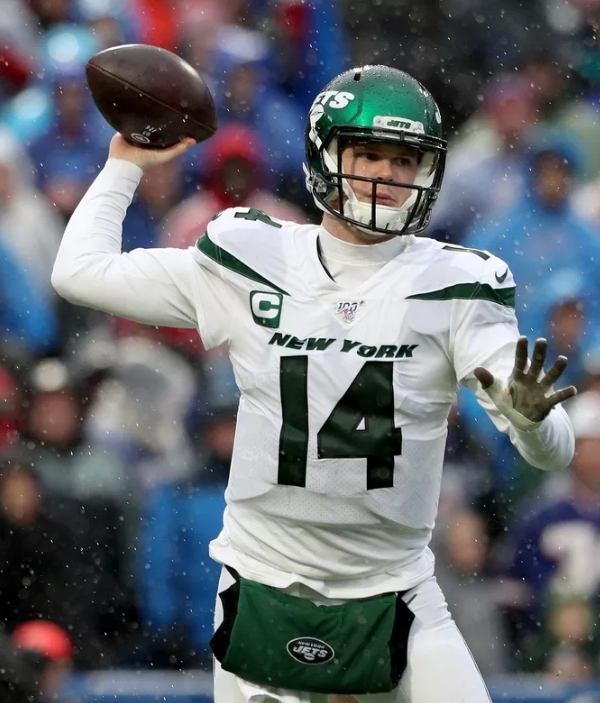 Becton played three years at Louisville, capping his career off with a First-team All-ACC nod this year. Becton also won the Jacobs Blocking Trophy given out each year to the best blocker in the ACC. At the NFL Combine Becton ran a 5.10-second 40-yard dash and was measured to have the fourth-longest arms and the sixth-longest wingspan out of all Combine participants. A five-second plus dash time may seem slow but to run that time at Becton’s weight is truly an incredible feat. Becton’s speed at his size and his playing ability is what makes him special. A player like Becton is usually off of the board by the time the eleventh pick rolls around, barring any personal issues or a scandal.
However, last week it was reported that Becton had his drug test flagged at the Combine. The failed drug test could possibly make Becton look less attractive to the teams picking before the jets.
A similar situation has occurred in recent memory. It was almost certain that in the early picks of2016 NFL Draft Ole Miss tackle Laremy Tunsil would hear his name be called. But, moments before the draft commenced, a picture from high school surfaced of Tunsil wearing a gas mask bong. This “scandal” caused Tunsil to slide to the thirteenth pick where the Miami Dolphins swiped him up. Tunsil has since proved that he was worth the early pick hype as he was named the 2016 All-Rookie team and made his first Pro Bowl this year as a member of the Houston Texans. Tunsil has been a highly regarded player since entering the league and has not gotten into any drug trouble.
Louisville Athletic Director Vince Tyra came to Becton’s defense publicly stating that Becton had never failed a drug test during his whole collegiate career and that “it would be a surprise if he has a failed test”. Becton’s flagged test could make teams stay away from him, possibly allowing him to be available when the Jets pick at number eleven.
Becton’s ability and size can answer all the questions as to why he should be an early selection in Thursday’s draft but, his flagged tests at the combine could cause him to slip similarly to the way that Tunsil did a few years prior. Becton’s backing by Vince Tyra should be enough to show the Jets that he’s deserving of the eleventh pick.
I can’t speak for every Jet fan but I know that I’d love to see Mekhi in a Jets jersey for years to come. 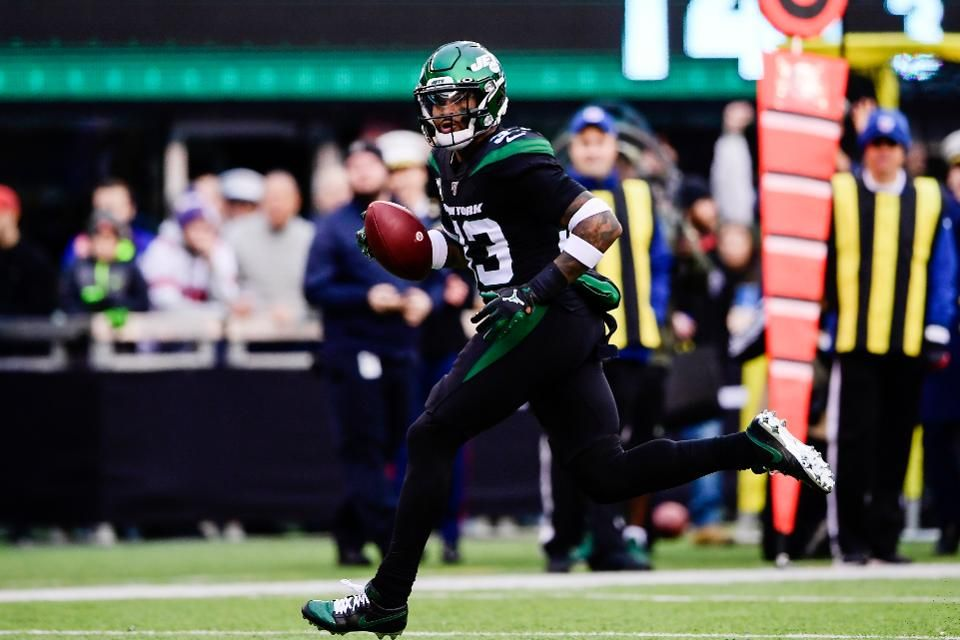 Jamal Adams is the type of player that you dream of having on your team. His jersey sells, he’s flashy, he’s non-controversial, and above all else, he’s a very good football player. Since being drafted by the Jets 6th overall in 2017 Adams has dominated the league. He’s emerged as a perennial pro-bowler and a top tier safety. Throughout his young career the LSU product has shown his ability to play both the run and pass effectively but, last year Adams added the pass rush to his arsenal. Adams’ 6.5 sacks proved that he could blitz at a high level for safety.
The modern-day safety has evolved and is asked to play in the box as a linebacker and in coverage as a traditional defensive back. Adams does both of these very well. Pro Football Focus (PFF) graded Adams at an 89.8, the second-highest of any safety in the league.
Traditionally big-time players get paid big-time money. Jamal Adams is a big-time player who has yet to be paid his big-time money. Currently, Adams is entering the 4th year of his rookie deal that could be extended if the Jets pick up his 5th year option. With the way he’s played I think it’s safe to say the option will be picked up. However, it’s not unusual for players of Adams’ pedigree to earn a big extension before his rookie deal ends. Players such as Tyron Smith and JJWatt signed extensions entering their 4th year in the league among many others. Adams has stated that he’d like to get a deal done to stay with the Jets. JoeDoulas the Jets GM even said that he wants Adams to be a “Jet for Life” and Adams responded that he’d “like to be a Jet for life too”. The mutual interest is there, the performance level is there but, why isn’t the contract?
Douglas went on the record to state that the 2020 Free Agency period and the 2020 Draft were his top priorities. As a result of this Adams has announced that he will be holding out of the offseason program in hopes of getting his extension. This situation would have completely been avoided had the Jets paid Jamal Adams. He’s worth every penny and more.
This isn’t the first contentious period between Adams and the Jets. Around last seasons’ trade deadline Adams was shopped around by Jets management. This ordeal created a temporary rift between management and Adams, a rift that seemed repaired until now. Jamal Adams alike many Jet fans including myself believe that he should be paid now. Adams is an elite safety and should be compensated as such. In twenty years when you think of the New York Jets, you should think of Vince Lombardi trophies and Jamal Adams hoisting them. Jamal Adams can be the ultimate Jet and should be a Jet for life. 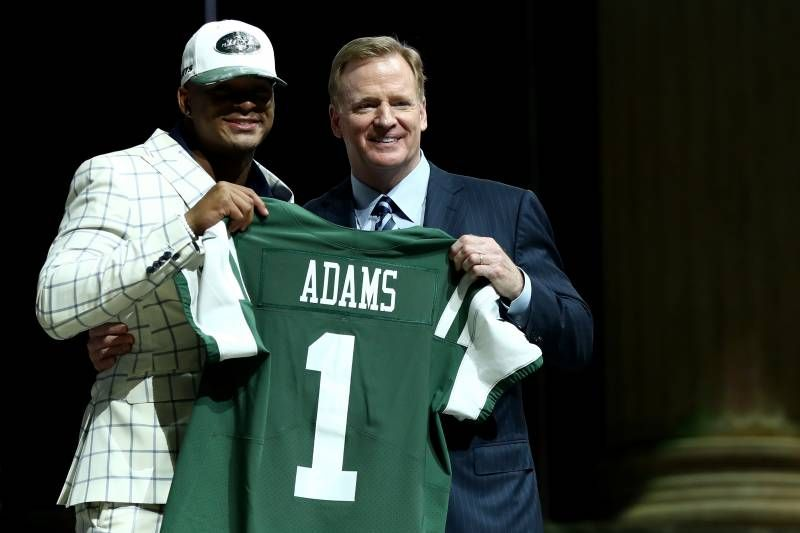