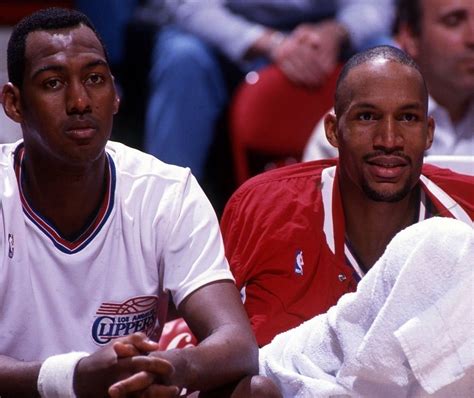 While the rest of the NBA world mourns the “Battle for LA” never materialized, Clippers fans are again wondering why success consistently avoids them.

Despite being everyone’s favorite to reach at least the Western Conference Finals after the offseason signings of Kawhi Leonard and Paul George, the Clippers let their fans down again.

While everyone knows about the woeful Game 6 loss against Houston in 2015, here are some other painful memories Clippers fans experienced in franchise history.

After leading the University of Kansas to a National Championship in 1988, the Clippers selected Danny Manning with the number one overall pick in the 1988 NBA Draft.

Despite winning just nine of the 26 games he participated, Manning posted ten 20-point games while averaging 6.7 rebounds, and 3.1 assists in his promising start. However, Manning tore his anterior cruciate ligament against Milwaukee on January 4, ending his season.

Manning returned to the Clippers the following season, but never featured the same athletic ability. The Clippers traded him to Atlanta for Dominique Wilkins in February 1994, despite posting career-highs in PPG (23.7), RPG (7.0), and APG (4.2).

One of the rare instances in which the Clippers achieved something worthwhile featured their November 16, 1989 trade for Ron Harper. The Clippers traded their number two pick in the 1989 NBA draft (Danny Ferry) and Reggie Williams to Cleveland for Ron Harper and three draft picks (1990 & 1992 first-round picks and a second-round pick in 1991).

Harper averaged 23 PPG while leading Los Angeles to a 14-14 record in his first 28 games. The former Miami of Ohio standout continued his ascendency to join the elite shooting guards in the NBA. However, like Manning, Harper’s career with Los Angeles drastically changed on January 18, 1990, when Harper tore his ACL and done for the season. The Clippers lost 31 of their final 43 games.

Despite crushing ACL injuries to Danny Manning and Ron Harper, the Clippers fortunes briefly changed after hiring Larry Brown on February 7, 1992. Brown led the Clippers to 23 wins in their final 35 games, helping LA reach the postseason for the first time since 1975-76.

While Brown changed the atmosphere, the Clippers still disappointed. Forcing Utah to a Game 5 in the first round of the 1992 playoffs, the Clippers led 52-40 at halftime. However, the Jazz rallied to win 98-89.

In their first-round matchup against Houston in 1993, the Clippers couldn’t hold a late lead in Game 5, falling 84-80. Brown’s resignation on May 21 ended the Clippers brief uprisal.