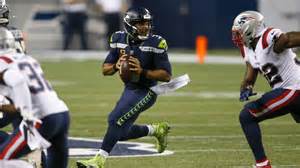 The second week in the NFL produced a large number of high-scoring, exciting games, while also delivering many significant injuries to key players.

Falcons blow 20-point lead at Dallas – Atlanta allows 570 total yards and a 15-point lead with under six minutes remaining. Since 2015 teams are 506-3 when leading by more than 14 points in the final five minutes of regulation (courtesy Mike Sando of The Athletic). Two of those losses involved Dan Quinn’s Falcons.

The Patriots Cam Newton is the first quarterback since 1950 to lead his team in rushing attempts in the first two games of the season (Elias).

Josh Allen (Bills) leads the NFL in passing yards (729) and joins Jim Kelly (1991) as the only QB in team history to throw for 300 yards in each of the Bills’ first two games.

The Jets and Bengals are 0-2 for the 17th and 19th time since the merger. Only the New Orleans Saints with 21 have more.