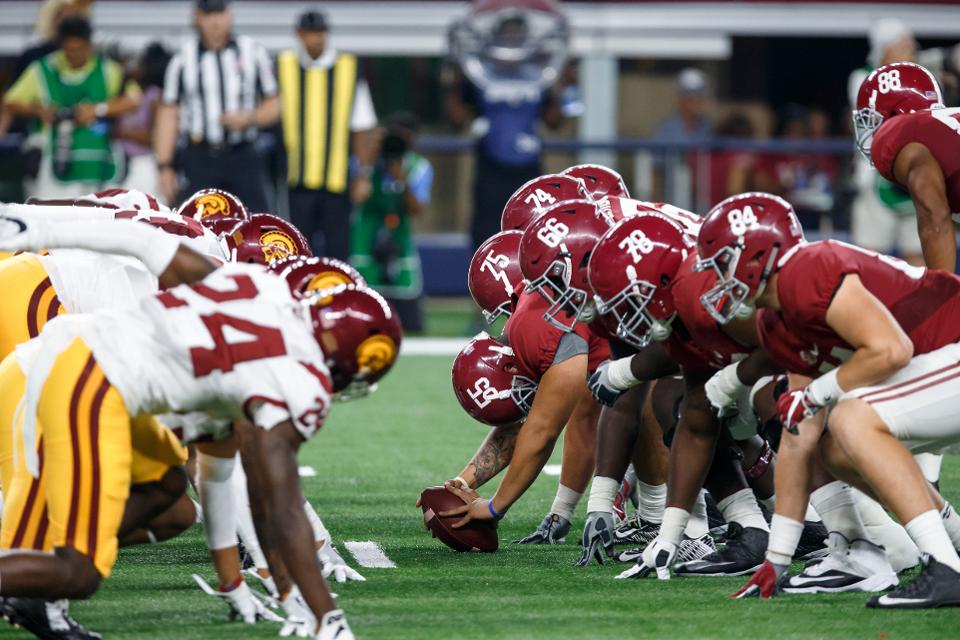 NEW YORK, N.Y.- Time is ticking. Hope is fading. For those associated with or fans of college football, the sport we love is on life support when it comes to having a season this fall. Last week, the Ivy League made the first major move in canceling all sports for the upcoming semester, only for the Big Ten and Pac-12 to send shockwaves when they announced their conference-only scheduling for this season. While this Hail Mary attempt needs a miracle to get pulled off, this is the best option for completing a season and just might be crazy enough to work.

The decision for both Power Five conferences to only schedule league games had nothing to do with lessening travel but instead was implemented with equal testing protocols in mind. College football, unlike professional sports, is without a commissioner and instead, it’s the teams and conferences that call the shots. This means there is no uniform testing policy that all 130 FBS teams are required to meet, which only causes ambiguity in a time that certainty is necessary. It’s dangerous enough to try to play a contact sport in the middle of a pandemic. Therefore, to have games between teams with different testing rules is a recipe for disaster. It’s an express train to shutdown city.

Scheduling games only within a respective conference allows each league to devise testing protocols that fit every team under their watch to ensure that when these teams take the field on Saturdays, there isn’t a question of whose sick or if the other team’s testing is up to snuff. Looking at the landscape of the country, it appears that most of the Power Five conferences will require strict testing, as spikes in positive tests have soared in many college football hotbeds. It would behoove the other three conferences yet to make a decision on their schedule (ACC, Big 12, SEC) to follow suit in terms of scheduling only conference opponents so that way, proper testing is ensured.

The cost of testing is also a massive factor here as well. While the major conferences can afford to have regular testing, a lot of the Group of Five and FCS programs can’t. This is important because plenty of Power Five teams still have games scheduled against lesser opponents with smaller budgets and fewer resources to keep players safe. Canceling these games allows big time programs to avoid playing glorified scrimmages against teams who can’t afford to test as frequently and accurately as major college football programs can. The more games against teams with similar testing requirements helps to provide the players with the safest environment to play the game.

Conference-only scheduling also means there won’t be a normal 12-game regular season, which is another added benefit. Condensing the schedule to only play eight, nine or 10 games provides necessary flexibility to maneuver around the inevitability of postponed games. Fewer games allows conferences to buy more time, which is the biggest need in order to put a season on. The most vocal athletic director during this time has been Ohio State’s Gene Smith, who believes the conference-only schedule is a necessity for this season.

“We can hit the pause button and provide a window of opportunity for our student-athletes not to be put at risk. We can move games. … There’s a flexibility, I can’t say that enough, that’s significant.”

A normal season had each team slated for one bye week, which would make the cancelation and rescheduling of games almost impossible. Playing games between teams in the same conference allows for added bye weeks and the ability to reschedule games more frequently, which increases the likelihood of a respectable season getting played while also bringing in more money for these schools to make. Even the idea of pushing conference title games back a few weeks has been floated, meaning teams could try to fit in an 8-10 game season in the span of 15 or 16 weeks.

The shorter season also allows for a delayed start to the season. Currently, the season is still slated to kick off on Labor Day weekend, which is a little less than two months away. The NCAA approved a six-week training camp that’s scheduled to start on July 24th. With so many states reversing their opening policy and closing down, a shorter season allows for a delay in the start of training camp to increase the ability for schools to keep their players safe and allow the recent spikes to quell. The season could theoretically kick off on October 3rd while still having enough time to fit in an entire season.

While hope is fleeting, the biggest ally to hope right now is time. The Big Ten and Pac-12 have already bought themselves some more time. The other FBS conferences will inevitably follow down the same path as well. While in reality a football season could be just a pipe dream at this point, we have seen miracles in college football happen before. And while conference-only scheduling is the last prayer at a fall season, we have seen a Hail Mary or two completed before.