MLB PLAYERS VS. OWNERS: WHOSE SIDE ARE YOU ON? 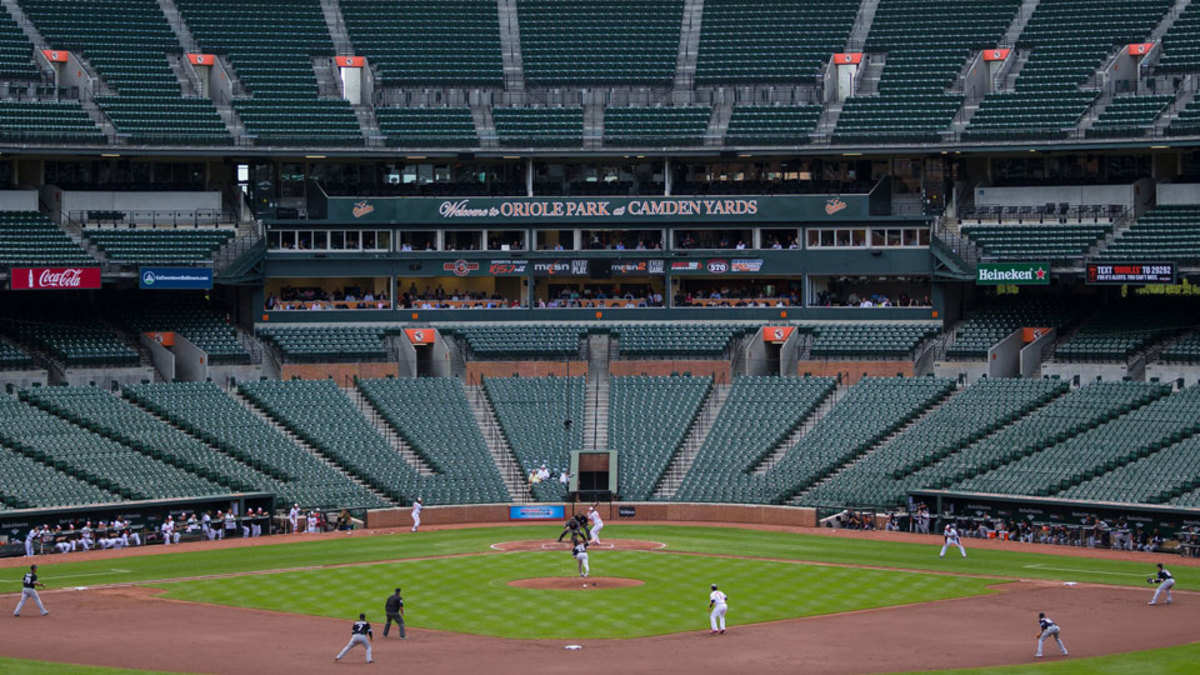 NEW YORK, N.Y.- Millionaires fighting billionaires. Most of us just roll our eyes as we’d all love to have those problems. When the haggling of money occurs in the arena of sports, we usually side with the billionaire owners and want the player to sign a deal quickly in order to get back on the field. The stakes, though, are very different in this feud. Players want a reasonable salary for 2020 while the owners are desperate to stop hemorrhaging cash. Baseball’s long-term future is very much in peril if a deal isn’t reached. While we normally side with ownership when contract disputes arise, there are a few reasons why it’s time we flip our allegiance to the players side and root for them to get properly compensated for the risk they are taking in resuming play.

In this pandemic, it’s not unreasonable and almost mandatory that sacrifices be made by everyone. Baseball is no different. The players have already done their share of sacrificing as back in March, the Major League Baseball Players Association agreed to prorate their salary commensurate to the number of games played. Owners are now asking the players to take a second pay cut because of the fact that most likely, no fans will be allowed stadiums at all during this shortened season. It’s tough to criticize and fault the players for not wanting another salary reduction because the owners misjudged the climate in which games would be played and now are frantically trying to hold onto every dollar they have. Why should the players have to pay for a miscalculation by the owners?

The form of the pay cut is also very controversial because it would come in the form of a 50/50 split of the 2020 revenue between the owners and players, a practice never before enforced. The players association, as they should, strongly disagrees with this proposal because it would serve as a de facto salary cap, as baseball is the only of the four major sports without one. MLBPA executive director Tony Clark had some strong words when speaking to The Athletic last Monday about the idea of a 50/50 split.

“A system that restricts player pay based on revenues is a salary cap, period,” Clark said. “That the league is trying to take advantage of a global health crisis to get what they’ve failed to achieve in the past – and to anonymously negotiate through the media for the last several days – suggests they know exactly how this will be received.”

From the players perspective, it’s tough to trust the owners to act in good faith. They’ve accused them in the past of colluding together to suppress wages and destroy the free agent market. Now with the CBA set to expire after the 2021 season, the players worry that their leverage could be lost if they cave and agree to a second pay reduction. This agreement could have devastating impacts that last a lot longer than just this season.

The risk the players are taking by stepping onto the field in the midst of a pandemic is something that shouldn’t be taken lightly. Without a vaccine available, there’s still a chance of infection despite the numerous precautions the league office is taking. Tampa Bay Rays pitcher Blake Snell’s viral rant brought to light how divisive this proposal is to the players. Snell was speaking on his personal Twitch stream last week when he let loose on why taking another pay cut was not an option.

“The risk is way the hell higher and the amount of money I’m making is way lower. Why would I think about doing that?” Snell said. “If I’m gonna play, I should be getting the money I signed to be getting paid. I should not be getting half of what I’m getting paid because the season’s cut in half, on top of a 33% cut of the half that’s already there — so I’m really getting, like, 25%.”

He’s right. After all, the owners aren’t the ones out on the field risking their health to play the game. It’s a matter of when a player will contract the virus, not if, so why should the players be exposed as well as have their pay significantly slashed? The risk versus reward debate right now is an easy one because the players are facing a health risk while getting compensated very poorly. The scales have to be tipped in favor of the reward far outweighing the risks involved, a balance that at the moment favors the risk being too high. There needs to be some sort of incentive because right now, all of the signs point to it not making a whole lot of sense for players to return to the field this season.

Snell isn’t alone in this thinking, as some of baseball’s superstars came out to defends the Rays pitcher. Phillies outfielder Bryce Harper is glad those comments were put out in the open.

“He ain’t lying, he’s speaking the truth bro,” Harper told NBC Sports Philadelphia. “Somebody’s gotta say it, at least he manned up and said it.”

Colorado Rockies third baseman Nolan Arenado also chimed in and backed up Snell when talking with The Athletic.

“He made a lot of good points,” Arenado said. “A lot of it gets misperceived. Trying to get the public to understand us, it’s not going to work very well in our favor…”

Arenado brings up a very important point that can’t be lost in this entire battle. With the owners floating out the 50/50 revenue split idea, this public frustration from the labor is exactly what they wanted. Social media was buzzing with tons of “Just get out there and play” takes after Snell’s rant went viral. Let’s also not forget what the players are actually asking for. They aren’t demanding a pay raise, but instead just asking to keep their already halved salary. It’s easy for the public to get frustrated about millionaires complaining about salary, but you can’t overlook the billionaires selfishly trying to keep their pockets filled.

Looking at the landscape of the country right now, there’s a serious void that we are so used to sports filling. If the NBA and NHL can’t or choose not to return, baseball will be at the forefront of the nation. This is a unique opportunity that could allow baseball to jump back into national relevancy and with that increased attention, allow owners to make up for lost revenue in this pandemic stricken season. MLB has the chance to be the first and quite possibly the only league to return for a long time.

Commissioner Rob Manfred has focused a lot of his efforts on changing the game to make it more appealing to the younger audience. There’s no better way to bring new fans in than being the main sport played during an otherwise bleak time in history. The short-term losses could be made up down the line by tapping into a fanbase that baseball has never had access to before. The growth of the sport will increase stadium and television revenues, creating a new stable stream of money coming in. Considering the potential loss of four-billion-dollars if baseball isn’t played in 2020, it’s advantageous for the owners to cater to the needs of the players.

If anything, the coronavirus has put us all on the same playing field. No matter the job we have or the industry we work in, we’re all inconvenienced and more importantly, we’re all in this together. We’ve sacrificed and now hope springs eternal that the summer can bring about some semblance of normalcy. Part of that return to normalcy is watching baseball on the television every night. In a time when we’re all sacrificing for the greater good, baseball needs to do the same. The players have made their sacrifice. It’s time for the owners to make theirs.