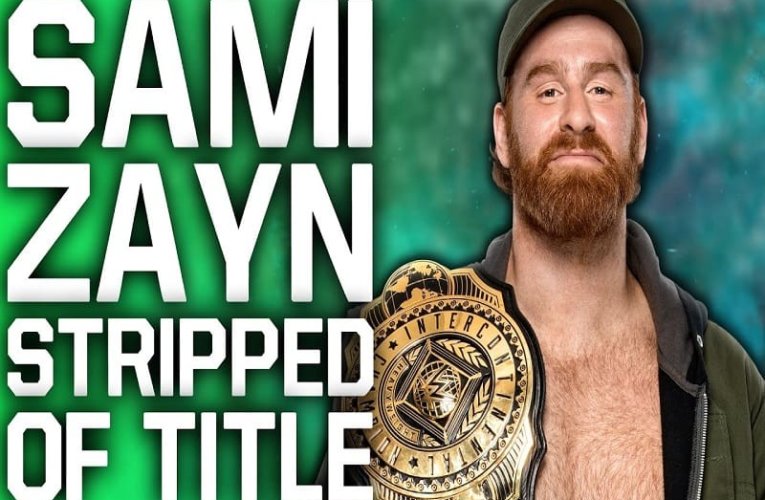 In mists of the COVID-19 pandemic WWE are allowing their wrestlers to not work during the pandemic if they do not feel comfortable without any consequences. WWE said this back at the end of March and now in May, WWE is going back on their word. The WWE Intercontinental Champion, Sami Zayn did not feel safe travel back and froth from his home to the WWE Performance center. Zayn choose to take up WWE on their offer to not work during the pandemic, the company did not take to kindly to one of their mid-card champions opting out of work so they stripped him of the Intercontinental Championship. WWE announced on Monday, May 11th that the Intercontinental Championship was vacated and starting on Smackdown on Friday May 15th there will be a tournament to crown a new champion. WWE said that the title was vacated due to the champion not being able to defend the title. This is hypocritical of WWE, not only because they said there would not consequences for those who choose not work, but there is another champion in the company that currently can not defend his championship.
The NXT cruiserweight champion Jordan Devlin is currently stuck in his home country of Ireland and can not come to the US to defend his title on NXT. The company decided to have a tournament, but not to crown a new champion. NXT is currently holding a tournament to crown a new Interim Cruiserweight champion. This is a neat idea for the WWE to do and hopeful something they do in the future. The company has a history of champions get hurt or sick for a few months and having to vacate and then usually never get a chance to reclaim the title. Continuing to use the interim champion model in future, the WWE would more mirror the UFC and give WWE a more real sports feel. The WWE is currently using the interim championship as a way to keep the Cruiserweight championship on NXT TV, while being fair to the undisputed champion Jordan Devlin. So why is WWE not doing the same for Sami Zayn? Plain and simple, Sami Zayn choose to put his personal health and safety over defending his championship. WWE said that there will be zero consequences to those that do not want to work during the pandemic, though their actions towards those that chose not to wrestle show otherwise. 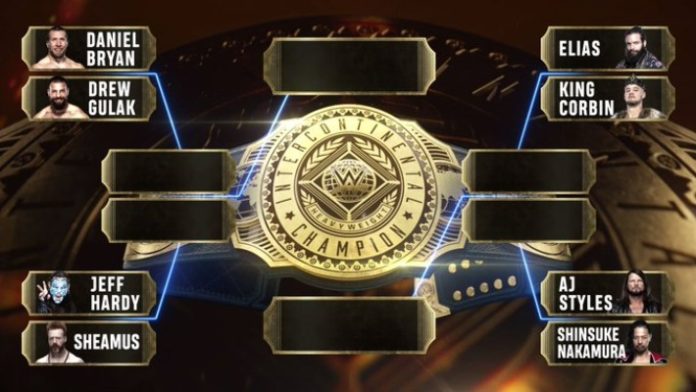 Along with Zayn, Smackdown’s Roman Reigns and NXT’s Leo Rush decided to not do the taping during the global health emergency. Reigns pulled out of his WrestleMania 36 match against Goldberg for the Universal Championship and has not been seen or heard from on WWE TV since before Mania. You can read all about the fallout between Reigns and WWE here. Leo Rush was the first Superstar to go public about not wanting to wrestle during the pandemic. Before WrestleMania Rush made his decision to opt out of wrestling during the pandemic then was released as part of WWE’s mass releases a few weeks after WrestleMania. Reports are now coming out that Rush was released because of his public opinion of not wrestling during the outbreak. It seems that the “zero consequences” statement from the WWE was a PR move with no intentions of honoring the statement. The WWE has a history of pulling shady moves like this and Sami Zayn has felt the wrath of WWE management before.

Being striped of the IC title is the most recent bump in the road of Sami Zayn’s relationship with WWE management. Sami Zayn has had many start/stops pushes due to disagreements with Management, the biggest disagreement being over the WWE’s deal with Saudi Arabia. In 2018 the WWE signed a huge ten-year deal with the Saudi government to do two shows in the country a year. Superstars such as John Cena, Daniel Bryan, and Kevin Owens along with Zayn disagreed with the company’s deal with the Saudi government. Zayn is of Syrian decent and was not allowed into Saudi Arabia because of the bad blood between the two countries. Because of this and he his public disagreement with WWE, Zayn’s push was halted. Just like then Zayn has now publicly spoken out against the company and his push as champion has ended. WWE has done this too many in the past and will continue to do it in the future. This makes me wonder how much longer Sami Zayn will tolerate this abuse from the WWE management.