The Mets success in 2020 rides on Edwin Diaz 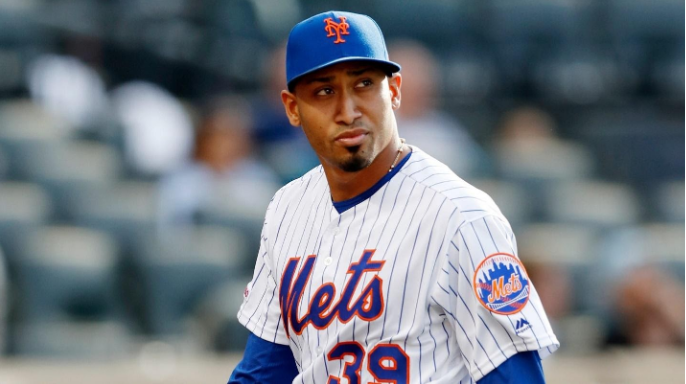 The New York Mets can be an odd franchise to figure out. Heading into 2019, the team had high hopes after having an offseason filled with new faces led by general manager Brodie Van Wagenen. Signing free agents such as catcher Wilson Ramos, relief pitchers Justin Wilson and Jeurys Familia, as well as bringing in J.D. Davis. Brodie’s most notable move was trading away Anthony Swarzak, Jay Bruce, Gerson Bautista, and highly touted prospects Justin Dunn and Jared Kelenic to the Seattle Mariners in exchange for Robinson Cano and Edwin Diaz. Diaz was the prized acquisition of the two after he saved 109 games for Seattle in three years there, but things went to disaster in a hurry.

Diaz started off fine with the Mets through the first month of the season, showing why the Mets acquired him and displaying his talents to the Citi Field faithful by getting eight saves through his first twelve appearances. On April 29th however against the Cincinnati Reds, things went to a downward spiral for the former AL All-Star as he gave up a go-ahead home run in a tie game to Jesse Winker as the Reds won 5-4 at Citi Field. From there, Diaz could never replicate his early April success.

Diaz ended up going 2-7 out of the pen, with a 5.59 ERA in 66 games, blowing seven saves in the process. Diaz was a main factor in the Mets bullpen being one of the worst in baseball in 2019. New York’s bullpen had a team ERA of 4.95 for a Mets team that started off poorly and was certainly on pace for a massive rebuild after the season but finished strong and almost made the playoffs with 86 wins last year. Setting things up for high expectations in 2020.

Seth Lugo, coming off a couple of stellar years in the bullpen is back, Justin Wilson had a nice year, and the Mets were able to sign free agent Dellin Betances to help the bullpen. New York is also betting on Familia to have a bounce back year after he had a terrible 2019 of his own. All eyes though will be on the much-maligned Diaz as he looks to return to his 2017 and 2018 form from Seattle. Diaz is the key to the Mets this year.

Even with a great starting rotation and a good lineup, if Diaz struggles yet again, the Mets could be in trouble. Lugo has stepped up as a closer before, but Betances is just coming off missing an entire year due to injury, and as mentioned before Familia and guys like Robert Gsellman are looking for bounce back years to. The Mets bullpen derailed any chance the team had at a 2019 playoff appearance in the end. Many are worried the bullpen will cost them yet again, but Diaz can change any worry about the entire season if he returns to his old self. The Mets need it, but most importantly, Edwin Diaz needs it.