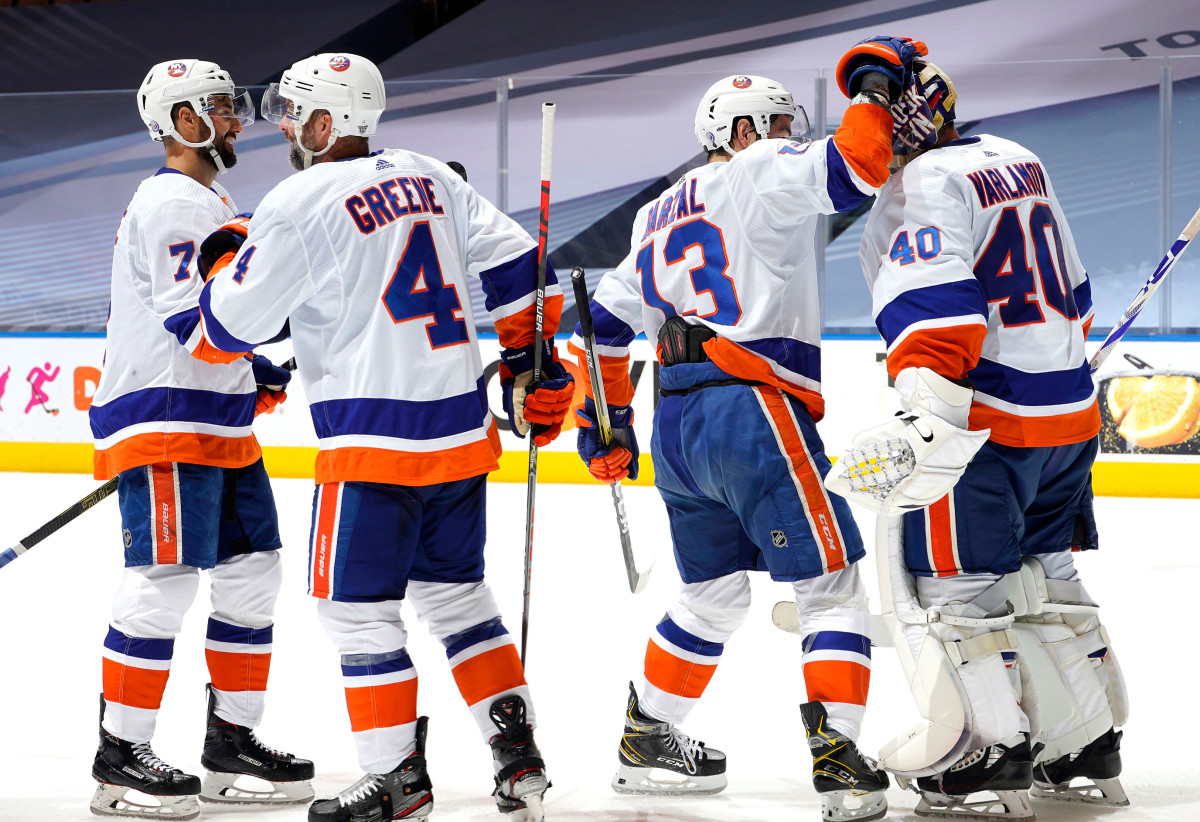 As we move closer to the fall, the NHL playoffs continue in their host bubble cities. Here are the top five notes for August 25, 2020.

Varlamov Makes History: Semyon Varlamov stands alone in Islanders postseason history, posting his second consecutive shutout, this time against Philadelphia, in Game 1 of the Eastern Conference Semifinals. Varlamov stopped 29 shots, after turning back 21 in the Islanders series’ clinching victory against Washington. Varlamov’s shutout streak is 136:20, trailing Billy Smith’s franchise mark of 135:59. Varlamov is 8-2 in the Islanders 10 postseason games. Only Billy Smith in 1980 won more games through 10 starts in franchise history.

Stars Streaking – After falling behind Calgary 2-1, the Stars are on a five-game win streak. Dallas is outscoring opponents 24-13 during their streak compared to opponents outscoring them by seven in losing four of their first six postseason games.

Reverse Avalanche – In falling behind 2-0 to Dallas, the Avs look much different than they did finishing off Arizona in Games 4-5 of the Western Quarterfinals. After outscoring they Coyotes 14-2 in those two games, they are a minus-five in their first two games against Dallas.

Islanders EVEN better – A key to their success in winning eight of their first ten postseason games is their play at even-strength. The Islanders lead remaining teams by a wide-margin in goal differential during 5-5 play.