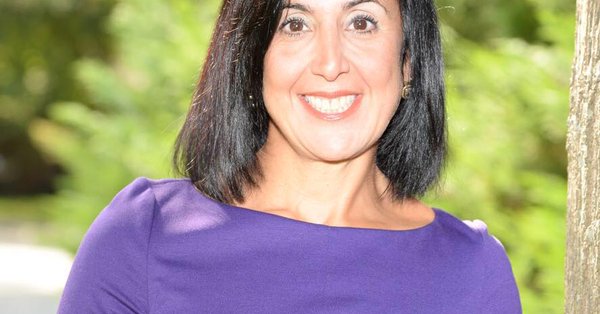 Election day 2019 is coming up. Many people take these elections off because they are odd year elections. There’s no one running for President, there’s hardly any congressional seats up for grabs, and most people have no idea who the local candidates are, so they’re not sure whom to vote for.

Most people. Not this guy. I know someone who is running in Nassau County for a gig she doesn’t deserve, and frankly should just get the fuck out of politics. That “person” is Kate Murray.

Kate Murray was a Town Clerk who was appointed- not elected- to become the Supervisor of the Town of Hempstead. Under Murray’s leadership, the Town saw its credit rating slashed so often – three times in one year alone- that you’d think her maiden name was Krueger. Or if you looked at her, Cruller.

In case you aren’t sure what slashing a credit rating means, here’s the simple version- the Town of Hempstead has a credit score just like you and I. Under Murray, she turned the Town into an equivalent of a score of 400. So when the town wants to borrow money, they pay way higher interest rates than someone who, you know, pays their bills on time? And is responsible?

Also, the mythology of Town of Hempstead Republicans lowering taxes? Yeah, just look at the tax rolls over Murrays term, and fuck Donald Clavin, too. Under Murray taxes became so lopsided that the Town now has to correct the many, many errors left in Murray’s walrus like wake. But that’s not the point.

Murray fucked things up. Big time. Just drive along Hempstead Turnpike or any major road in the TOH. Count the shuttered businesses. Count the vacant stores. On a main road. Nice job, tubby.

But even this egregious governance will still find a loyal following of sheep who think politics works like sports, where there is a winner and a loser and nothing in between. And oddly, this is what sank her like the iceberg she is to a Titanic.

In short, she fucked with something people love.

“Our work has been completed. We adopted our zone for the Coliseum area. Because this was such a jewel in the crown property, we created a zone that is sustainable from an economic standpoint…These are low days for the NHL. With the Rangers, it’s exciting.”

Imagine someone handing you a paycheck for hundreds of thousands of dollars each year- maybe millions, KNOWING that you’d piss every penny away on nothing, and you turn around and kick them in the nuts? That’s what Murray did. Check out this other quote from Quasimodo:

“While we were making these investments, what were Bettman, the NHL and its wealthy owners doing? Seemingly, nothing except casting the occasional stone our way. Well, it’s time for them to put their money where their mouth is. Why can’t the league and its owners put together a financing package for Wang so that he can build his new Coliseum with private funds, in much the same way that former Red Sox owner John I. Taylor did with Fenway Park?”

On this point, she’s not entirely wrong. Sports leagues should not expect or receive public subsidies for sports arenas. It’s a losing proposition and hurts taxpayers who pay for rich people to get more rich. And she’s right that Wang never offered to pay for just a new Coliseum out of his own pocket. However, sports leagues generally don’t pay for arenas, because most areas see having a sports team as a matter of local and civic pride. As an item that unifies the surrounding areas that brings people together. But I guess it’s impossible to expect someone to have pride that lets themselves look like that.

Even as we approach this current election, Murray has said that it was never about the team but about the land. The land that she did absolutely nothing with. She also said that Islander fans should move on because we’re back at the Coliseum- despite her efforts against such- and are successful so that’s enough.

Understand that up to this point in time in writing this, I had no idea who was the Town Clerk for the Town of Hempstead, or even who running against Murray. I had to look it up to finish writing this mess.

Here’s what I do know- I would vote for a tin can before I’d vote for that Moe from the Three Stooges haircut having slob. People say in politics that they want a uniter, not a divider. Well folks, Murray has united Islander fans. How do I know? Because as I drove home one day from work, I saw a Kate Murray campaign poster on my block. And someone spray painted an Islanders logo over her name.

In the most meaningless endorsement ever given, I am on record endorsing Sylvia Cabana. I mean, unless she’s a kid toucher or a crackhead, of course. I don’t know her, so I can’t vouch for that. She seems nice. But I know who she’s not, and I know she’s never spoken ill about the Islanders. And she even wants us to have NHL hockey games in our backyard.

According to Kate, #Isles fans have “moved on”. Let’s send her a message on November 5th to show we haven’t forgotten! Progress is on the ballot! Thanking you in advance for your contribution and support!https://t.co/iiVbfSf4KY— Sylvia A. Cabana (@SylviaCabana) February 22, 2019

So on November 5, Islanders fans, do not forget who the political equivalent of the Rangers are. The difference? If Kate heard the chicken dance, she’d eat it. Vote Cabana. And maybe find a town patronage job for fatso. I understand the weeds by the Coliseum need some grazing.