WHAT KIND OF IMPACT WILL CAM NEWTON HAVE ON THE PATRIOTS? 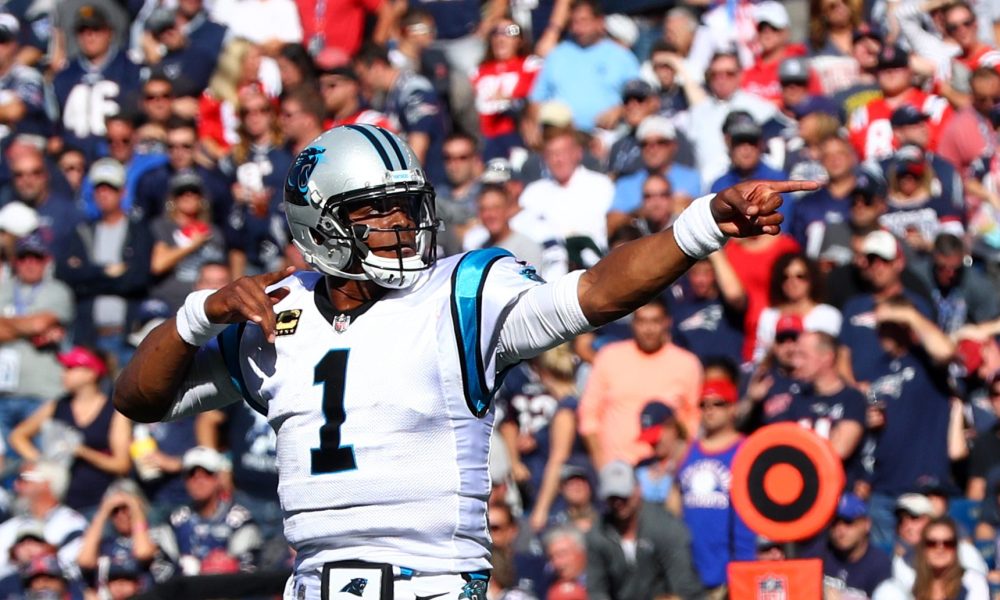 NEW YORK, N.Y.- Has Bill Belichick done it again? Is the evil empire pulling a line from Lee Corso and saying, “Not so fast my friend!” to all of those who are burying the Patriots dynasty? The legendary head coach, after departing from a quarterback who helped him win six Super Bowls this offseason, pulled a rabbit out of his hat with the signing of former MVP Cam Newton on Sunday evening. While the move is a flashy one with a big name set to fill the void left by Tom Brady, there’s little reason to believe Newton will have much of an impact for the Patriots this season and even less reason to believe he’ll even beat out Jarrett Stidham to win the starting job week one.

Health is still the most pressing question for Newton. Since taking the Carolina Panthers to the Super Bowl in 2015, the former Heisman Trophy winner has played a full 16-game season just once in the last four years. This is a player who missed the final 14 games of the 2019 season and two games in the prior season. As the old cliché in sports goes “The best ability is availability.” It’s impossible to deem the Patriots true Super Bowl contenders because their newest acquisition is far from a guarantee to step on the field.

While getting on the field is one concern, staying on the field is an even taller task. The good news for the Patriots is that Newton did pass a physical back in March, with both his shoulder and foot “checking out well,” according to a source who relayed that information to ESPN’s Adam Schefter. So while the Auburn product has checked the first box, it’s far from a foregone conclusion that this will equate to a healthy 2020 season. Cam’s body has taken a ton of abuse throughout his nine-year career. He’s had surgeries to his shoulder (twice), foot and ankle while also suffering back vertebrae fractures after a car accident.

As a Colts fan myself, I’ve witnessed first-hand how a player’s body gets worn down over time to the point where the slightest injury could end a career. Andrew Luck, while not as reliant on his legs as the 2015 NFL MVP, would still use his body to run over defenders while also being able to bounce back up after punishing hits. Years of exposure to big hits eventually took its toll, as Luck decided to retire in 2018 in part because of all of the punishment his body suffered.

While the Luck example is an extreme one, it highlights what happens if a team neglects to protect their quarterback. The wear and tear Newton’s body accrued over nine seasons doesn’t just go away because he’s healed from previous injuries. It will only get harder for Cam to keep himself healthy as his career elongates. If the former top pick wants to continue to play his physical, bruising style of football, it’s tough to imagine he’ll be able to make it through a full 16-game schedule, which would put a damper on the playoff hopes of the Patriots.

Putting health aside for a minute, the learning curve that the former Panther has to overcome in this unusual offseason is another reason to slam the brakes on the “Cam Newton will have a huge impact in New England” narrative. Signing on June 29th, Newton will have just about a month to learn the Josh McDaniels offense before training camp begins. The difficulty level increases due to the fact that the quarterback and offensive coordinator can’t meet in person until practices officially get underway. Taking it a step further, this also means Newton won’t be able to throw to any of his new teammates until training camp. Not exactly an ideal circumstance when you’re trying to beat out a player who already knows the offense.

2020 will be a season like we’ve never seen before. Two factors that will play a major role in the success or lack thereof from teams will be: continuity and familiarity.  Minimal-to-zero offseason contact between players this offseason benefits those teams who are returning head coaches, quarterbacks and rosters from 2019. This gives Stidham a tremendous leg up on the competition. The former Auburn quarterback himself had all of last year to build chemistry with the skill position players and absorb McDaniels’ system, which will mean he’ll hit training camp full steam ahead. The familiarity that the second-year quarterback has with the offense could end up being the difference in him starting week one.

Another pandemic-affected aspect that will benefit the returning quarterback is that the preseason has been chopped in half, as there are only two preseason games scheduled. While teams have been valuing these glorified scrimmages less and less in recent years, it would have been the perfect opportunity for Belichick & Co. to see what they have in the former number one pick. The less preseason games, the bigger the advantage for Stidham to win the starting job.

Between injuries and learning a new playbook, it doesn’t add up to Cam Newton having success with the Patriots in 2020. To already hand New England the AFC East title or even going further to state this signing makes the six-time Super Bowl champions a legitimate contender for the Lombardi Trophy is premature to say the least. When all is said and done, it will be Stidham, not Newton, that will be under center by the time week one rolls around.