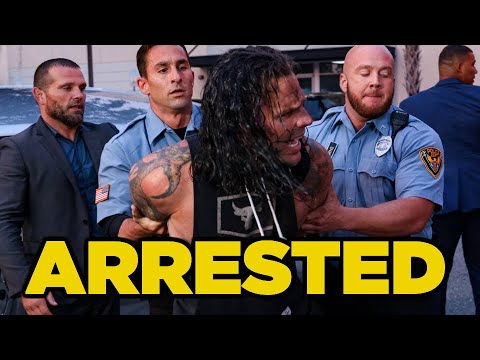 The May 29th episode of SmackDown opened with a chaotic scene in the parking lot of the WWE performance center, with paramedics attending to Elias and a car totaled in the background. With paramedics, police, and backstage officials trying to sort things out, Jeff Hardy was being hauled of in handcuffs seemly intoxicated. In storyline this was this a poly by King Corbin and Shamus to get their respected rivals taken out of the Intercontinental Championship tournament. WWE has done angles with arrested and substance abused before, but the issue with this angel is that WWE is using Jeff Hardy’s very real and on-going alcohol abuse issues to advance a storyline. Jeff Hardy has had many WWE wellness policy violations, was arrested for drug possession in 2009, showed up to TNA Victory Road PPV in 2011 intoxicated and unfit to wrestle in his main event match against Sting, was arrested for public intoxication in July of 2019 and arrested for DWI in October of 2019. It is very distasteful for WWE to use Jeff’s addiction issues for a soap opera like angle to progress a storyline, consider his addictions issues have ended many of the storylines he has been involved in.

Substance abuse is a hard problem to shake and is one that is found often with pro wrestlers. Wrestling legends such as Jake “the Snake” Roberts, Scott Hall, X-Pac, William Regal, Mr. Perfect, Lex Lugar, and Kurt Angle have struggled with substance abuse. Umaga, a cousin of Dwayne “the Rock” Johnson had his career and life cut short by substance abuse. Within Professional wrestling a such as substance can be cause by the fame and success of a wrestler and/or injury. Stars like William Regal and Umaga never reached their full potential in the ring as the money, fame, and crazy lifestyle of pro wrestler lead to constant partying and nights of drinking and doing drugs to the point that they dependent on the substances. Though professional wrestling is scripted and practiced to avoid getting the athletes injured, but with any sport serious injury can be unavoidable. With serious injury comes major surgery and with major surgery comes with rehab usually involving power narcotic painkillers. One of the biggest stars of the late 90’s early 00’s, Kurt Angle has had several major surgeries including four neck fusion surgeries which lead to Angle’s sever painkiller addiction. Angle’s addiction got so bad that his children became terrified of him, his wife no longer wanted to be around him, and he damaged his relationship with Vince McMahon which lead to Angle leaving WWE and going to TNA. 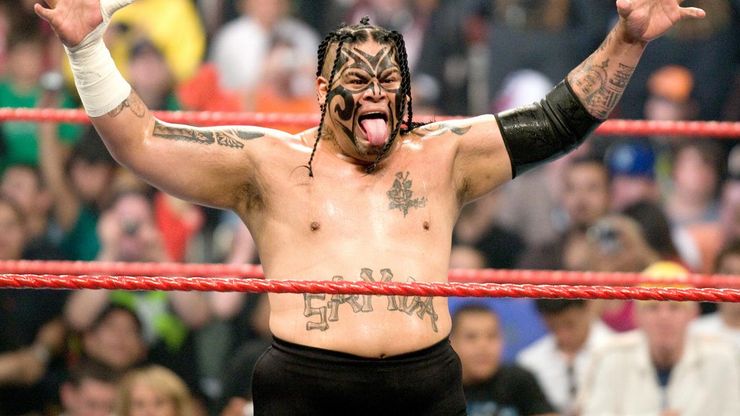 Jeff Hardy’s addiction has formed out his lifestyle combined with personality and injury from wrestling. Hardy and his brother Matt were WWE’s most creative and inventive Tag Teams, with Jeff being the highflying daredevil of the duo. Hardy has jumped off and through ladders, tables, cages, and chairs, leaving is body in ruins after years and years of doing such things. Jeff channels his creative through art work as well as his wrestling, he uses his personal demons, visions, and dreams to create some nightmarishly interesting works of art that represent the mental and emotional turmoil Jeff deals with. Jeff’s mental and emotional state combined with major injuries lead to Hardy’s ongoing issues with Drugs and alcohol. Issues that WWE realizes are hurting Hardy and after his most recent arrest have provide the services and resources to help him with his addiction. After helping Hardy and a history of big stars’ careers being cut short due to substance abuse, WWE still sees it fit to exploit a troubled soul’s addiction issue for a soap opera like angle to progress a storyline. There has been backlash from critics and fans alike about this angle, even Hardy’s brother Matt who recently left WWE for AEW spoke out on social media to show his disapproval. Substance abuse is major issue that effect millions of peoples’ lives all over the world. It is disgusting and low down for WWE uses Hardy’s past in a storyline and display it in trivial manner for the world to see.